With the boom of the cannabidiol (CBD) industry, numerous products containing the chemical compound have been created to meet various consumption needs. Generally, these products can be divided into three major groups based on the quantity of cannabidiol they contain. They are broad-spectrum CBD, full-spectrum CBD, and CBD isolate, the last on being the purest form of cannabidiol.

CBD is used for a variety of health problems including depression, anxiety, and pain, among many others. That said, a lot people are still unsure what type of cannabidiol products to buy; often faced with the dilemma of choosing between the three types mentioned above.

In this article, we’ll be looking at the two most common types which are the CBD isolate and the full-spectrum CBD. We’ll dissect each of them to understand what they are and the health benefits they both offer. Click here to learn more about the health benefits of cannabidiol

What is CBD Itself?

Although cannabidiol may be said to have become a household name, there are still people hearing it for the first time. Giving a surface look at what it is, cannabidiol is a non-psychoactive compound gotten from cannabis. Being non-psychoactive, it doesn’t create any feeling of excitement or ecstasy as is known to be the case with marijuana.

This is because cannabidiol is primarily gotten from hemp, a variety of the cannabis plant that has less than 0.3% tetrahydrocannabinol (THC). This is the main active ingredient in marijuana responsible for the “high”. The use and study of the chemical is still in its infant stage; however, experts and researchers say that it has potential to treat various health issues, some of which have already been identified.

What is CBD Isolate?

CBD isolate are the purest form of the chemical having been separated from all other compounds like terpenes and other cannabinoids like THC. They may be made into solid crystals or powder depending on the process of extraction.

Being the purest form of cannabidiol, isolates may be the best choice for new users of cannabidiol. This is because it doesn’t contain any other compounds and so there are no interferences, which means you get the experience the full effects and health benefits of the chemical compound.

Isolates are refined and so do not have distinct taste or odor. They are a good option for those who do not want to consume THC in any quantity or that react to it. Some people chose isolates over full-spectrum products because despite THC being present in these products in very small amounts, (incapable of causes any serious psychoactive effect) it can still show up in drug tests. For people working in large corporations that randomly organize drug tests, this could be very dangerous.

What is Full-Spectrum CBD?

Naturally, the cannabis plant contains a wide variety of phytochemicals including cannabinoids like cannabidiol and tetrahydrocannabinol, terpenes, and other chemical compounds. Unlike isolates that have been stripped of every other component of the cannabis plant, full-spectrum CBD has all of the other components of the plant including cannabidiol and THC.

Often referred to as “whole plant”, full-spectrum contains the full plant extract in amounts intended by nature. As a result, studies indicate that it may be more effective in treating health problems than isolates.

The primary benefit of full-spectrum is what researchers call the “entourage effect”. Which means that the combined consumption of all the compounds in the cannabis plant make this type of cannabidiol more potent and so much more effective than isolates.

Now that you’ve understood the differences between these two types, all that is left is deciding which suits you. You can follow these steps in order to make the best decision. 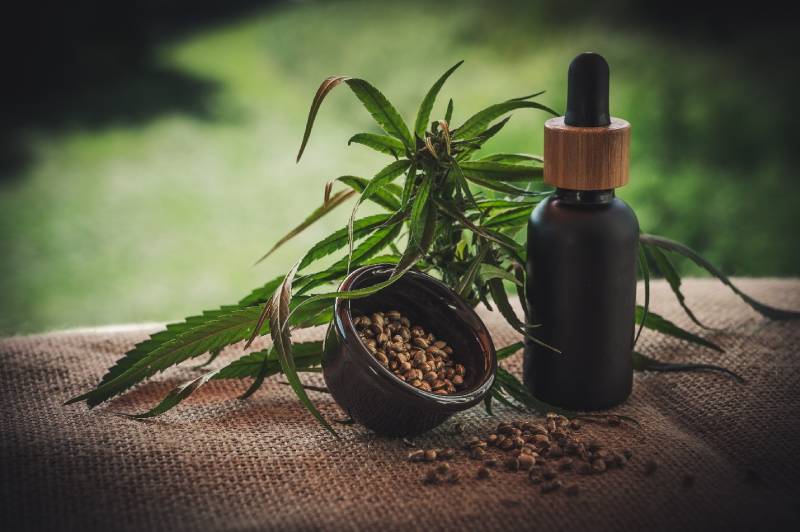 You should consider the following when shopping for cannabidiol infused products:

On the federal level, hemp-derived CBD products are legal, however, it may be illegal in some states. To avoid going against any laws, you may want to know what your state laws say about the use and consumption of this chemical.

This is Apple’s New iPhone 11 and it’s Features

How to Select the Best 5G Phone

All in One Techs, 10 months ago
Others

Use WooCommerce for your webshop

All in One Techs, 10 months ago
Others

How to Convert 90 f to c (Fahrenheit to Celsius)

How to Set Timer for 19 Minutes

What are the Benefits of Tableau?

All in One Techs, 10 months ago